Joint declaration on harmonisation of the architecture of the European higher education system by the four Ministers in charge for France, Germany, Italy and the United Kingdom in Paris, the Sorbonne, May 25th 1998.

The Sorbonne Declaration was signed in 1998, by the ministers of four countries, namely France, Germany, Uk and Italy. The aim of the Declaration was to create a common frame of reference within the intended European Higher Education Area, where mobility should be promoted both for students and graduates, as well as for the teaching staff. Also, it was meant to ensure the promotion of qualifications, with regard to the job market.

We hereby commit ourselves to encouraging a common frame of reference, aimed at improving external recognition and facilitating student mobility as well as employability. [...] We call on other Member States of the Union and other European countries to join us in this objective and on all European Universities to consolidate Europe's standing in the world through continuously improved and updated education for its citizens. 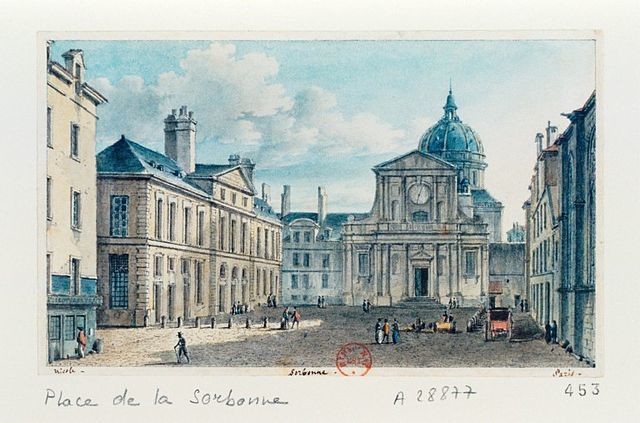 The Sorbonne is an edifice of the Latin Quarter, in Paris, France, which was the historical house of the former University of Paris.
The name is derived from the Collège de Sorbonne, founded in 1257 by Robert de Sorbon as one of the first significant colleges of the medieval University of Paris.
The university predates the college by about a century, and minor colleges had been founded already in the late 12th century.