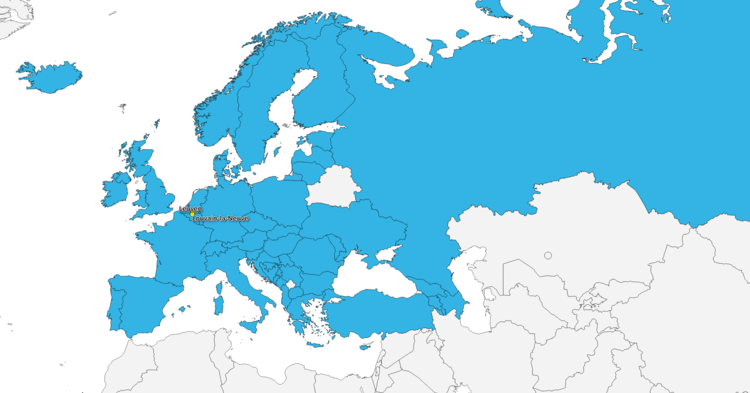 On 28 and 29 April 2009, the Ministers responsible for higher education in the then 46 countries of the Bologna Process met in Leuven and Louvain-la-Neuve to establish the priorities for the European Higher Education Area until 2020. They highlighted in particular the importance of lifelong learning, widening access to higher education, and mobility. By 2020, at least 20% of those graduating in the European Higher Education Area should have had a study or training period abroad.

Ten years after the historical Bologna Declaration that structurally reshaped European higher education, another Ministerial Conference was held in Leuven/Louvain-la-Neuve (Belgium), which - for the first time - was also broadcasted live via Internet.

The Benelux Ministers Frank Vandenbroucke and Marie-Dominique Simonet (Flemish and French Community of Belgium), Ronald Plasterk (Netherlands) and François Biltgen(Luxembourg) had invited their European Colleagues in charge of higher education in the then 46 countries participating in the Bologna Process, to jointly define political orientations for the coming 10 years.

The conference took place at the historical location of the ancient University of Louvain - the oldest higher education institution in the Benelux founded in 1425 - of which the modern universities Katholieke Universiteit Leuven (K.U.Leuven) and Université catholique de Louvain (UCL) share the legacy. The choice for universities as conference venue had also symbolic value. The Benelux countries wanted to give clear visibility to the substantial role the academic community plays in the achievement of the Bologna goals. Bologna is more than mere convergence of policies set by public authorities. Higher education institutions, staff and students all together have made an impressive contribution to the implementation and will continue to define the shape of the European Higher Education Area.

With the Leuven and Louvain-la-Neuve Communiqué, the Ministers from 46 European countries established the priorities for the European Higher Education Area until 2020.They highlighted in particular the importance of lifelong learning, widening access to higher education, and mobility and agreed that by 2020 at least 20% of those graduating in the European Higher Education Area should have had a study or training period abroad.

Reports submitted to the Ministers

Eurostat and Eurostudent Key indicators on the Social dimension and Mobility

EURYDICE Higher Education in Europe 2009 - Developments in the Bologna Process

Report of the Expert Network on student support 2009

Synthesis of the replies received from national QF correspondents

Positions papers and other contributions

Contribution of the Council of Europe to the EHEA - 2009

ECA Position Paper on the BFUG Bologna Beyond 2010 Report

ENQA Position paper on Quality Assurance in the EHEA - 2009

The Bologna Process and the Education of the Engineers - 2009

UK HE sector position on the Bologna Process beyond 2010

Presentations on progress of implementation

EUA Contribution to the Bologna Process - 2009

Finalisation and adoption of the Leuven/Louvain-la-Neuve Communiqué

Information on the next ministerial conferences

This report, prepared by the Bologna Follow-Up Group Secretariat, focuses mainly on activities carried out under the different action lines in the Bologna work programme 2007-2009.