The Work Programme for 2005-2007 was agreed by the Bologna Follow-Up Group in October 2005. It was agreed that it would comprise 5 working groups; 8 seminars; 2 projects; discussions at BFUG; and a number of priorities to be taken forward at national level.

Over and above the Work Programme, there has been a number of other events and activities that contributed to the development of the European Higher Education Area. This includes EUA’s Trends V and the surveys being planned by ESIB, EURASHE and EI Pan European Structure.

The context for the work of the Bologna Follow Up Group (BFUG) between 2005 and 2007 was clearly set out in the Bergen Communique, agreed by Ministers responsible for higher education in the Bologna signatory countries at their 4th conference in Bergen, Norway in May 2005. The Bergen Communiqué charged BFUG with a number of tasks, including:

Individual BFUG members also took note of the need to continue to pursue the 10 Action Lines previously agreed in the Bologna Declaration and the subsequent Prague and Berlin Communiqués, with a view to realising the EHEA by 2010. These are:

In recent years, there has been a gradual evolution in the working methods used by BFUG to pursue Ministerial goals. The number of Bologna seminars, where higher education stakeholders from across the EHEA come together to develop policy, is reducing. Conversely, working groups and projects are becoming more effective working methods, as policy lines have been largely elaborated and there is an increasing focus on more detailed implementation issues. The need to share good practice and focus on completing the implementation of the Bologna Action Lines at the national level is also becoming more significant as we approach 2010.

Taking this into account, and based on advice from the BFUG Chair (UK), and the BFUG Board, the Secretariat prepared a draft Work Programme for 2005-2007 over the summer of 2005. For the first time, all BFUG members were invited to comment on the draft Work Programme, suggest topics for policy development seminars and volunteer to take part in working groups.

Comments on the draft Work Programme were received from more than half the BFUG members, with some 60 members volunteering to take part in working groups. This demonstrates the level of interest in working collaboratively to develop the EHEA. Working Group members were then selected, taking account of the need to ensure group membership reflected the geographical scope of the EHEA.

a number of topics for discussion of BFUG, including

agreed priorities for implementation at the national level. 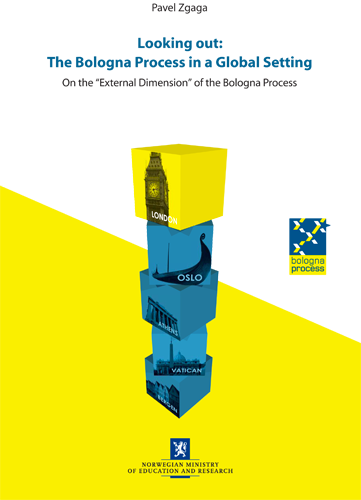