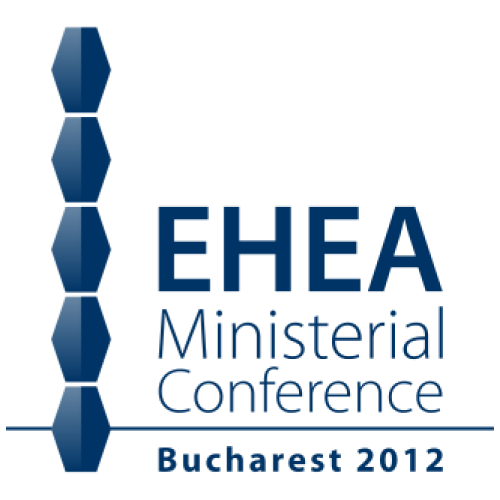 The 2012 Bologna Policy Forum organised in conjunction with the Ministerial Conference is aimed to intensify policy dialogue and cooperation with partners across the world.

The theme of the third Bologna Policy forum is "Beyond the Bologna process: Creating and connecting national, regional and global higher education spaces”.

The Policy forum had four sub-themes, which were addressed during the parallel sessions, namely:

The European Higher Education Area, which is in many ways a regionally confined internationalization project, is clearly influenced by global forces, and should be responsive to an increasingly global higher education landscape and agenda. It is for this reason that the first two editions of the Bologna Policy Forum, held in Leuven/Louvain-la-Neuve (2009) and Vienna (2010) respectively, engaged governments from around the world in a dialogue on the Bologna Process reforms and on how they impact or influence higher education in other parts of the world. Held in conjunction with the Bologna Ministerial meetings, the two Fora have been important platforms for the sharing of European experiences with global partners as well as for sharing global partners’ experiences with Europe.

The Third Bologna Policy Forum (Bucharest, 2012) will continue and deepen the dialogue. International government delegations are invited to engage in debate on four key issues:

These topics have been identified by the Bologna Follow-Up Group and national contact points as nominated by the previous international government delegations. The intent of this document is to provide background information on key policies and strategies relevant to the debate and to show how these issues are connected. The title of this document, ‘connecting national, regional and global higher education areas’, has been chosen to reflect the extent to which other world regions are contemplating and implementing regionalisation agendas, many of which also include the same thematic priorities.

This paper aims to briefly introduce these topics and to suggest questions that could structure the dialogue between the participants in the Bologna Policy Forum. The results of this inter- governmental dialogue will be reflected in the Third Bologna Policy Forum Statement and followed up in the years to come through future Policy Fora as well as bi- and multiregional events and initiatives.

Title: Skills that matter for employability and productivity and policies to develop them

This session will present ongoing World Bank initiatives aimed at unpacking the measurement of workers’ skills and benchmarking effective policies to develop them. The presentation will cover the relevant tools and showcase the evidence from their application in middle income emerging economies. BPF 2012 - Agenda World Bank Parallel Session

Title: The Bologna Process – A Catalyst for Reform in other regions?

Main questions for the panelists:

Theme - Qualifications Frameworks and their role in academic and professional recognition

Main questions to be addressed by speakers:

Chaired by the ministers responsible for higher education in Armenia, Azerbaijan, Denmark and Romania and co-Chaired by 4 non-EHEA ministers

Co-Chairs: Denmark and the United States of America

Parallel session 2: Global and regional approaches to quality enhancement of HE

Parallel session 3: Public responsibility for and of HE within national and regional context

Co-Chairs: Armenia and Council of Europe

Parallel session 4: The contribution of HE reforms to enhancing graduate employability

The main questions for the debates will correspond to the questions at the end of the BPF background paper chapters.

Discussion and adoption of the BPF Statement - Plenary session